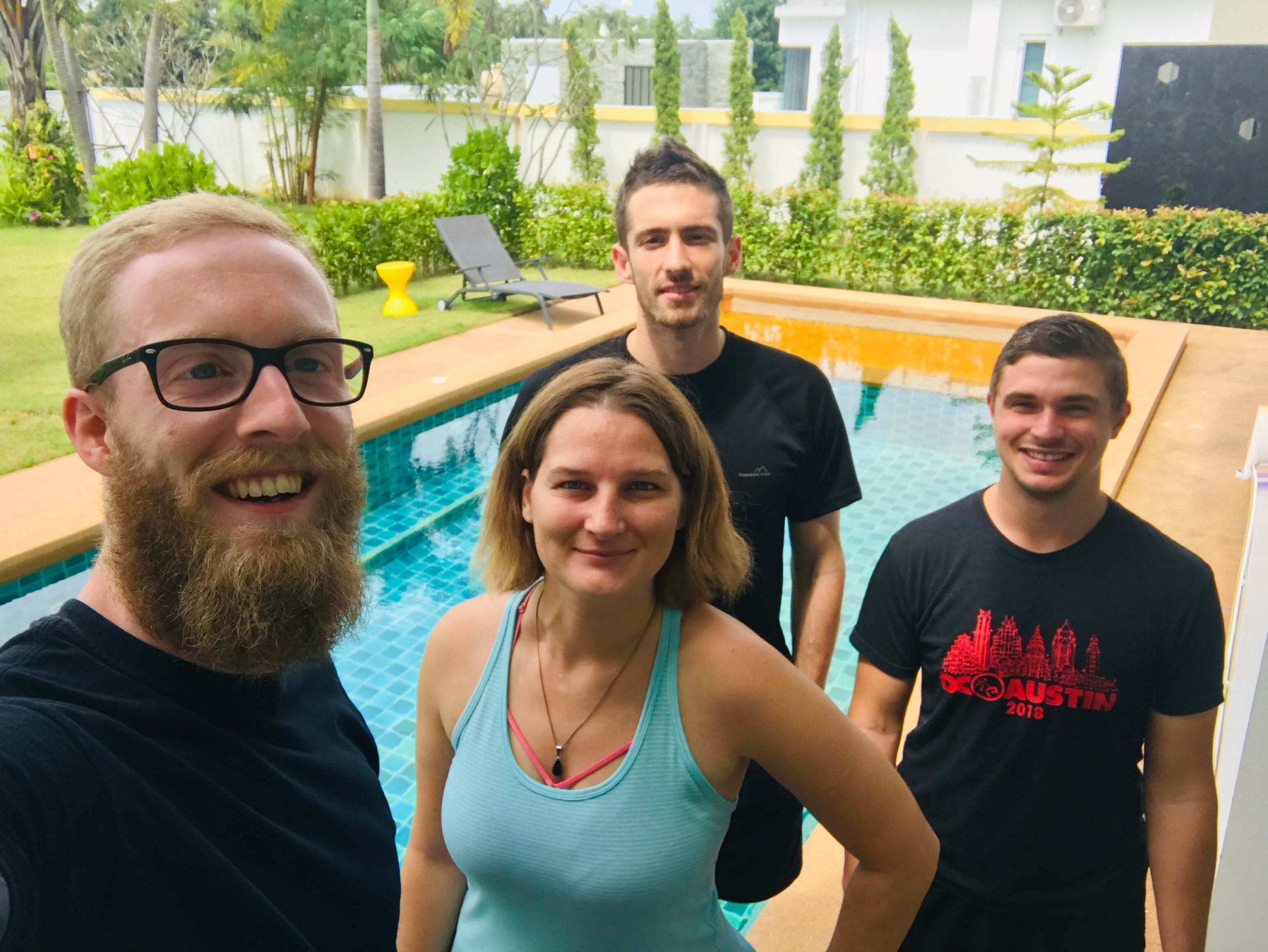 Last Friday was my last day working with the amazing team at Conversion Crimes.

It’s been a crazy 2+ year journey, going from conversion optimization/design agency at Zeda Labs, to helping bootstrap the new startup. I’ve learned a shit ton of stuff and I’ve got to see how the sausage is made when working with 7 figure online businesses. 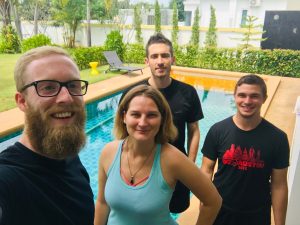 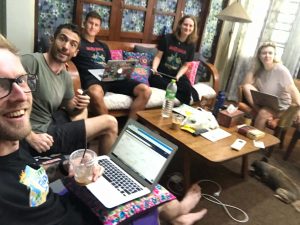 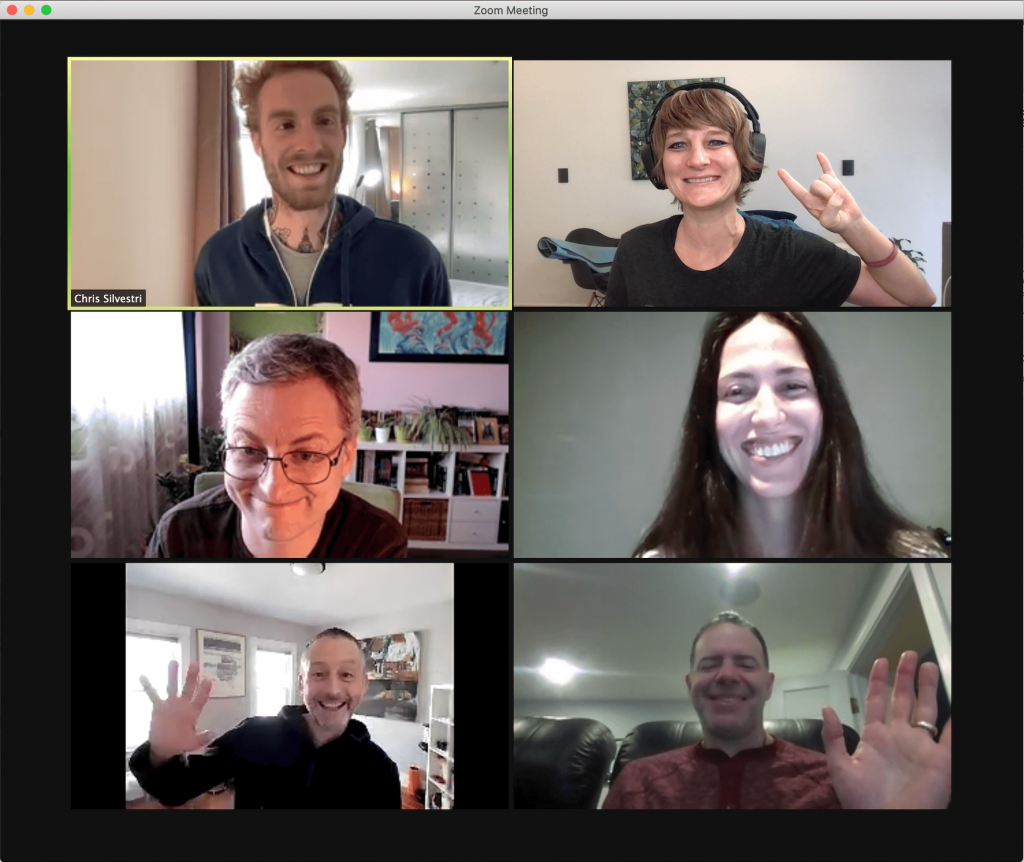 Two years feel like ages, maybe because I’ve grown so much personally and professionally that time slowed down. I went from working as a conversion copywriter for 2 years on my own, to becoming a UX designer, diving into analytics, usability research, UI design and bits of coding. And I’ve got the chance to mentor and guide a few superstar team members that in turn taught me a lot about communication and leadership.

I want to remember these past two years with a couple of lessons.

One of the biggest lessons I got is about people. When you want to find the best ones to work with, credentials are shit.

It’s much more important to find someone you really feel a human connection with and who shares the same values. The best people can learn anything if given the chance, because they will want to learn it, not because you asked them. Their vision and mission are aligned with yours and they’re in it for the long haul.

Having credentials simply mean that person knows how to get the job done, the way they or their last company always did it. It doesn’t necessarily mean they’ll do a great job with you.

Put a premium on people’s character and attitude, rather than credentials.

When I first started at the agency, I knew some stuff and I was quite confident about my knowledge and skills. What I sucked at was at owning my opinion when dealing with other people. Call it imposter syndrome, but it was real. I used to fill my sentences with “maybes’, “I would”, “I think, but up to you”.

They knew I did my research and that I was quite obsessed with detail, but up until that point I wasn’t confident with putting my ideas out into the world, plainly and decisively.

What the guys and, especially the founder, Quinn taught me, was to clearly say what I meant and own my damn opinion like I’d be swearing by it.

When you’re immersed in the work and you want it to be perfect, covering it with a layer of weak, not black nor white opinions can feel safe. Almost like you’re afraid of the feedback you might get.

What I’ve learned is to embrace feedback, especially if negative, and instead of seeing it as negative, seeing it as constructive, no matter the other person’s intentions.

Again, after learning copywriting on the side from 10 years as a software engineer, to then moving on to UX and CRO, one constant theme reigns. It’s the Talent Stack.

No idea what I’m talking about?

…there are two ways to make yourself valuable. The first way is to become the best at some specific skill, the way Tiger Woods dominated golf. But not many of us can be Tiger Woods. So that path is unavailable to 99% of the world.

I recommend a different approach. Most people can – with practice – develop a variety of skills that work well together. I call this idea the Talent Stack.

Some people spend years on a single skill in an effort to master every single nook and cranny. Doctors or professional athletes might be good examples.

But if you’re in this somewhat new, weird and awesome internet economy, I still think the best approach to take to consistently grow, is to learn a few skills that work well together. Not only that, but to do it “just in time” and the “80/20” way.

Know you’re gonna start a new client project where they need to look into analytics but you’re not familiar with it? Set aside time every day and learn your ass off until you know the 20% that will give you and your client 80% of the results.

4) Systems make you better (and make you look even better)

You can be a total newbie on a topic, knowing barely the basics, but if you have systems in place to deliver at least some results, those results, will look 100x better to others.

Systems, whether they be structured or templated documents, tools that help you be more efficient and generally a nearly OCD attention to detail, have the power to turn so and so work into jaw dropping stuff.

Don’t have systems, because you’ve just started? Go get them! The internet is a giant box waiting for you to open it. Find people who know what you want to learn, buy their courses, read their blogs, subscribe to their email newsletters and start using the systems they’re sharing. They’re shortcutting your way to better projects and a higher pay.

Then start putting your own spin into those systems with what you learn on the job.

My next adventure is going to involve a lot more UX, copywriting and learning. I keep being drawn to and fascinated by human behavior and decision making. If I can study them while getting paid to help businesses grow their revenue and get more happy customers,  it’s a win win.

The only rules of the game are:

I’ll also be working more on Concrete Surfers and tinkering with this idea for a Google Chrome extension to help UX/Copy people do things more efficiently. More on that maybe next!

If you’re curious or just want to keep in touch, sign up for my weekly newsletter (or shoot me an email chris@christophersilvestri.com).